Written by Ella Buan
Updated over a week ago

When your client accepts their Ignition proposal, they enter their electronic signature into the box at the bottom of the acceptance page.

You can see these details by going to the History tab of your proposal.

After the proposal has been accepted, a footer with these details will also appear on every page of the engagement letter. 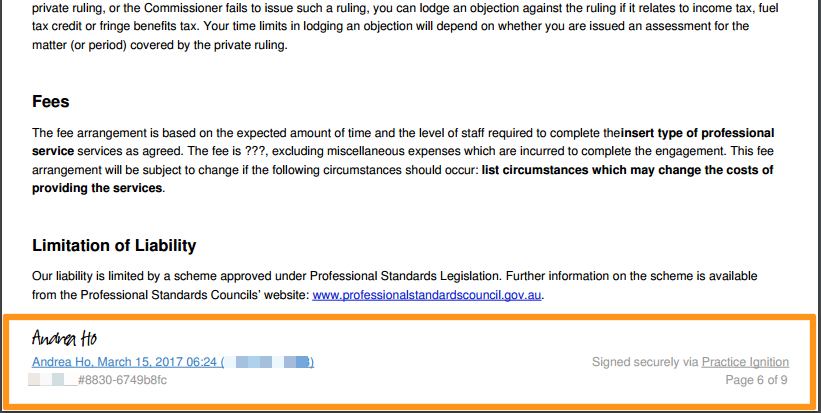 Showing the signature in the letter of engagement

Before your client accepts the proposal, that placeholder will look like a line for signing.

Once your client has signed the proposal, their electronic signature will show there instead of the line.

If a proposal is accepted from within Ignition, on the proposal page, we show 'Internally Accepted' where the signature usually is.

In the History tab, it also shows that it was accepted in Ignition on the client's behalf.

On the bottom of the engagement letter, it also shows that it was accepted internally and by which user.